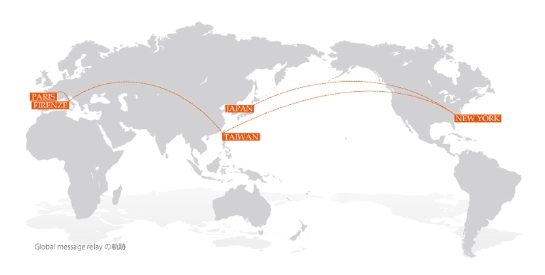 Thanks to all the support we received, we were able to hold our fourth exhibition, “LE JAPON 11 MARS UNAPRES” in Paris from March 10 to March 16. The exhibition was held at Espace Evolution, a loft near the Pompidou Centre that we fashioned into an exhibition space.

The exhibition composed of six zones.

1.Global message relay
Drawings and messages based on two themes

200 drawings and messages by children between the ages of 3 and 11 in four of the affected prefectures, Iwate, Miyagi, Fukushima, and Ibaraki. 466 other works were digitally displayed at the exhibition.

200 original works by children in disaster areas about their dreams for the future. Over 1400 works were digitally displayed as well.

２.Photo exhibition “THE DAY AND AFTER”
Ibaraki, the unknown disaster area

Produced by Satoshi Nakagawa, representative of Hug Japan, and directed by Katsura Nakagawa, over 8000 photographs were taken in northern Ibaraki since March 17 by photographers Yasuyuki Amazutsumi and Takahiro Minakami. 140 pieces were selected to be put on display for this exhibition.

We started a project to support fishermen who have been unable to go out to sea since March 2011 because of the tsunami and ensuing nuclear meltdown. The theme of the project was “Christmas at the harbor.” We
decorated fishing boats at the harbor with Christmas lights and attracted visitors by holding a jazz festival on December 23, 24, and 25.

The number of visitors exceeded 3000, and the organizers were delighted by the unexpected support they received. The 250,000 yen of donations that we received were distributed to the seven boat owners who participated in the event.

With the cooperation of lecturer Horie of Tohoku Institute of Technology, 125 selected messages from disaster victims were translated into French and displayed in a workshop.

Akai Elementary School in Iwaki City is located just 40 kilometers from Fukushima Daiichi Nuclear Plant. With the cooperation of Principal Tamura and other teachers, a heart of light was created by 326
students for the visitors of the Paris exhibition. 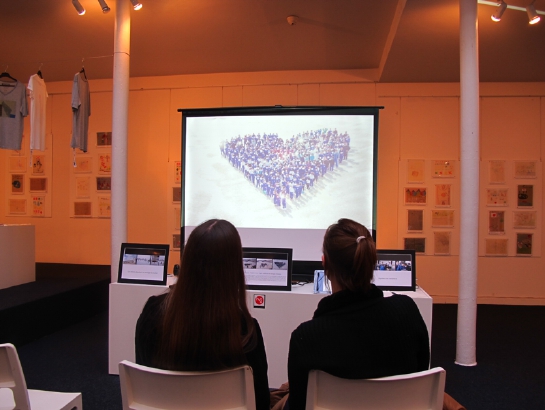 At the exhibition, visitors wrote messages on heart-shaped washi, which were then attached to a blue tapestry with a large heart-shaped cloud. The tapestry will be passed along to Akai Elementary School. We
thank all the visitors who took the time to leave a message. 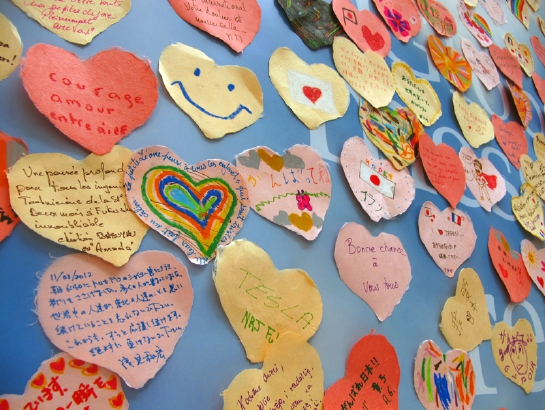 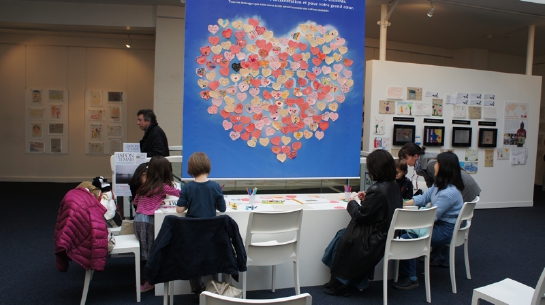 79 aminet bags were sold during the exhibition. All proceeds from the sales, after subtracting expenses, will go to the aminet bag producers. The 1110.54€ of donations has been deposited to an account managed
by Hug Japan. (Sales total: 2932€) 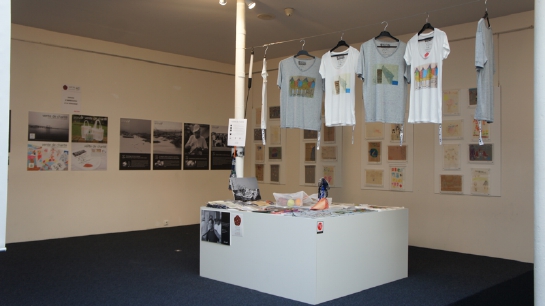 A reception party was held on March 12, and we received a warm welcome from over 250 supporters, including Counselor Shimizu from the Japanese Embassy in France and Chairman Urata of Association Amicale des Ressortissants Japonais en France. 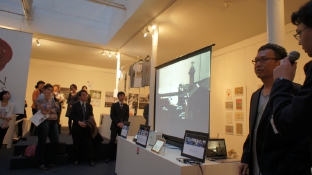 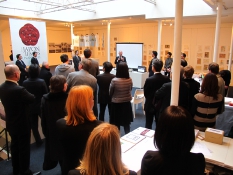 We sincerely thank all of our visitors and supporters who contributed to our cause. Hug Japan will continue to deliver children’s messages to the world and support disaster victims. We pray for the happiness and
strength of the people still living in the affected areas.

The scene of exhibition preparations. To all staff. thank for your cooperation.